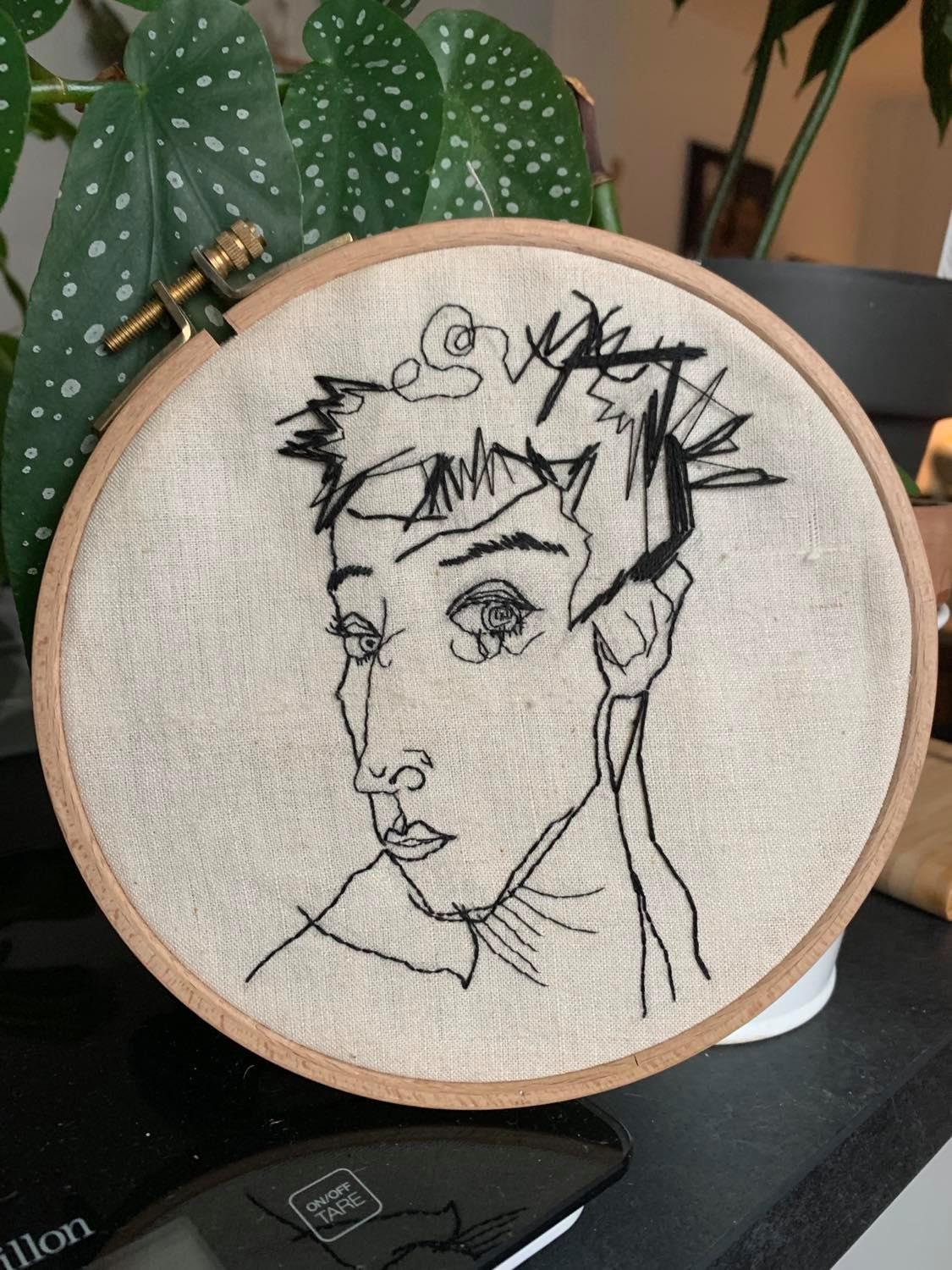 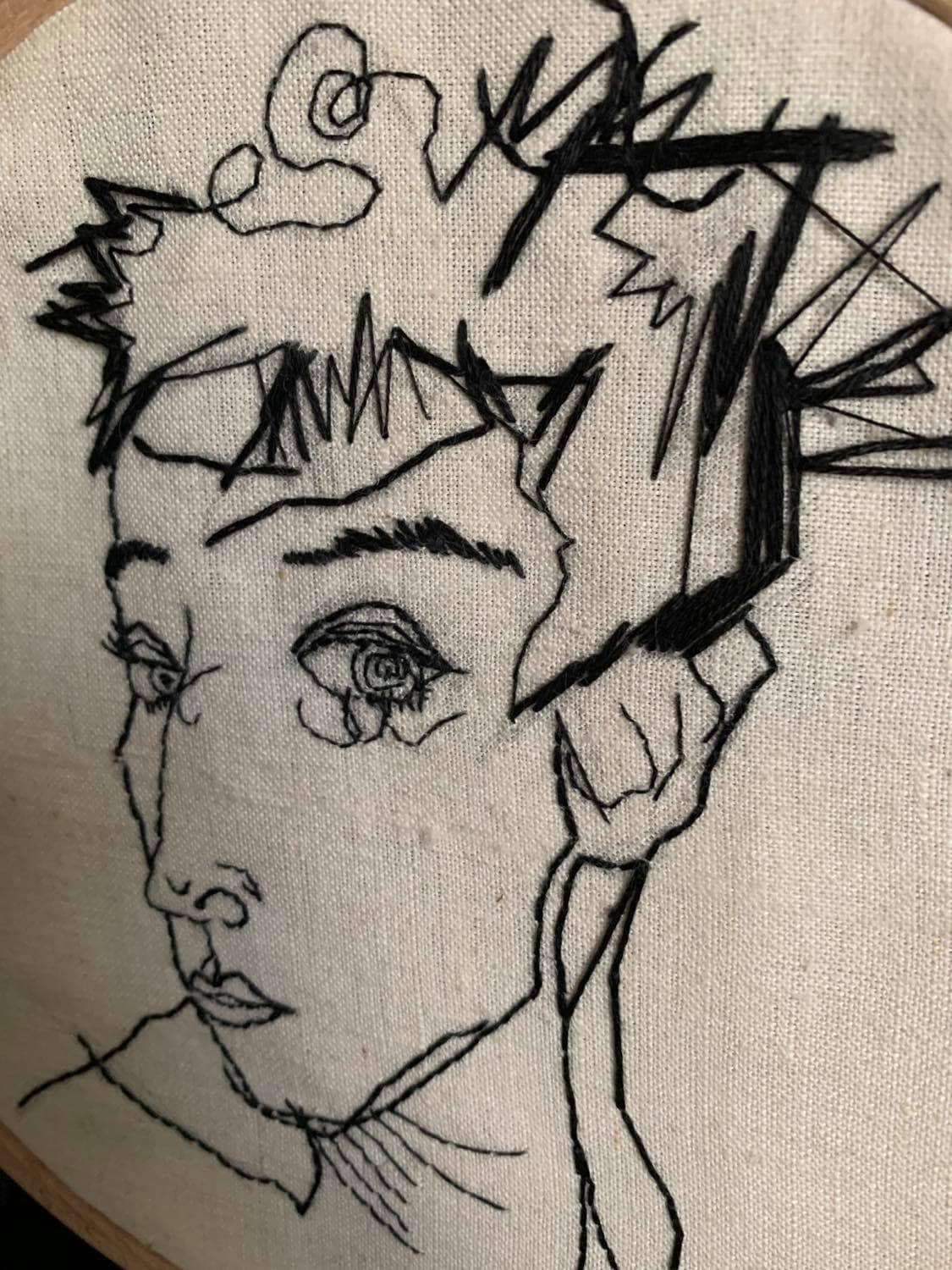 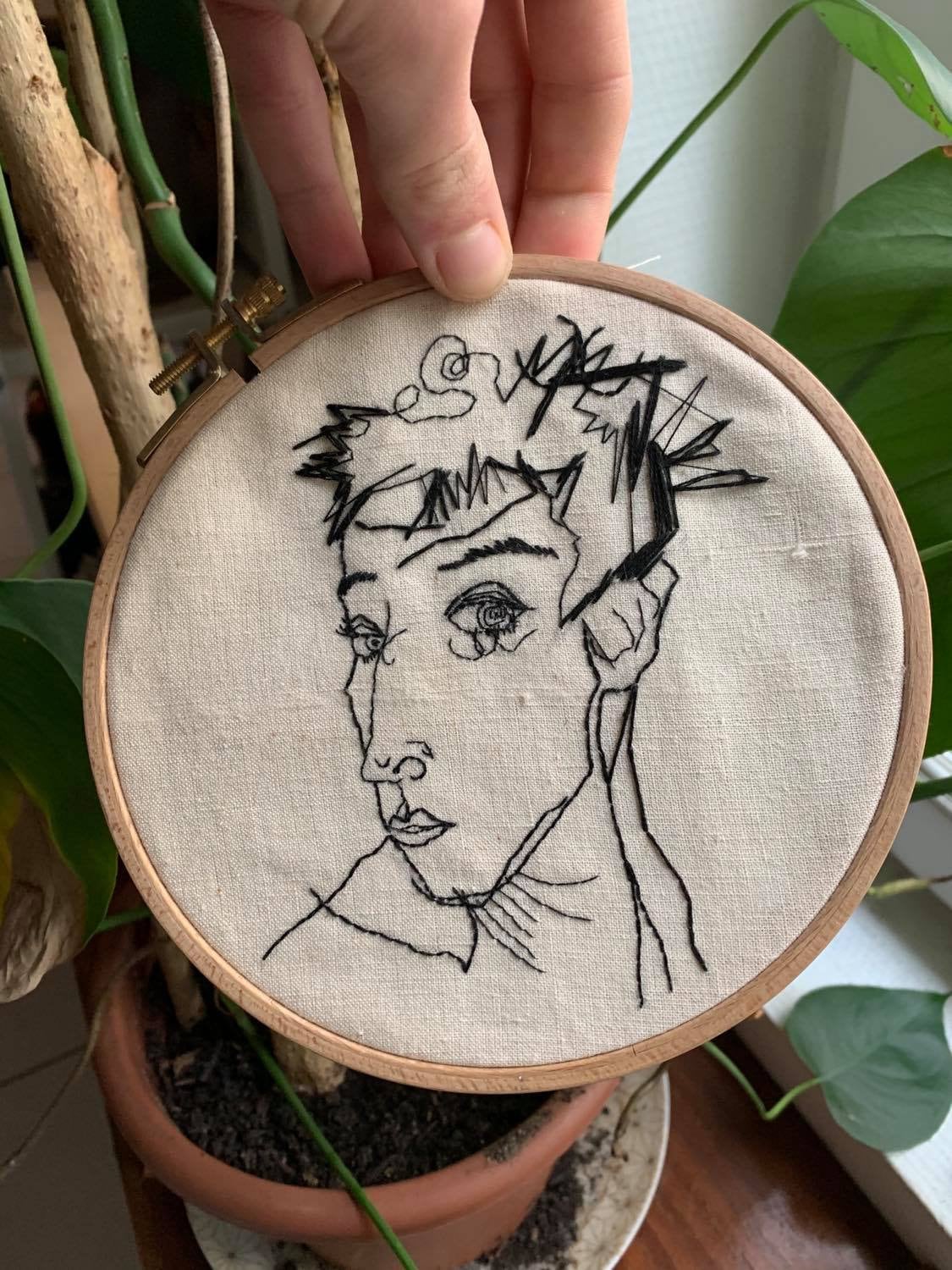 Egon Schiele was a relentless observer of Austro-Hungarian society in the early 20th century. Faced with harsh and hypocritical manners, he exposes raw nudity, mixes the postures of epileptics and lying, far from academic representations. He will be tried, convicted, but will remain one of the most recognized artists in Austria, often compared to Gustav Klimt.

Passionate about his art, I chose to draw inspiration from his paintings and drawings in order to create modern embroidery, which combines decoration and art object. It will fit perfectly into all the interiors and will bring you the little touch of original and contemporary that you missed.

Some embroidery can be used, so they will be made to order.