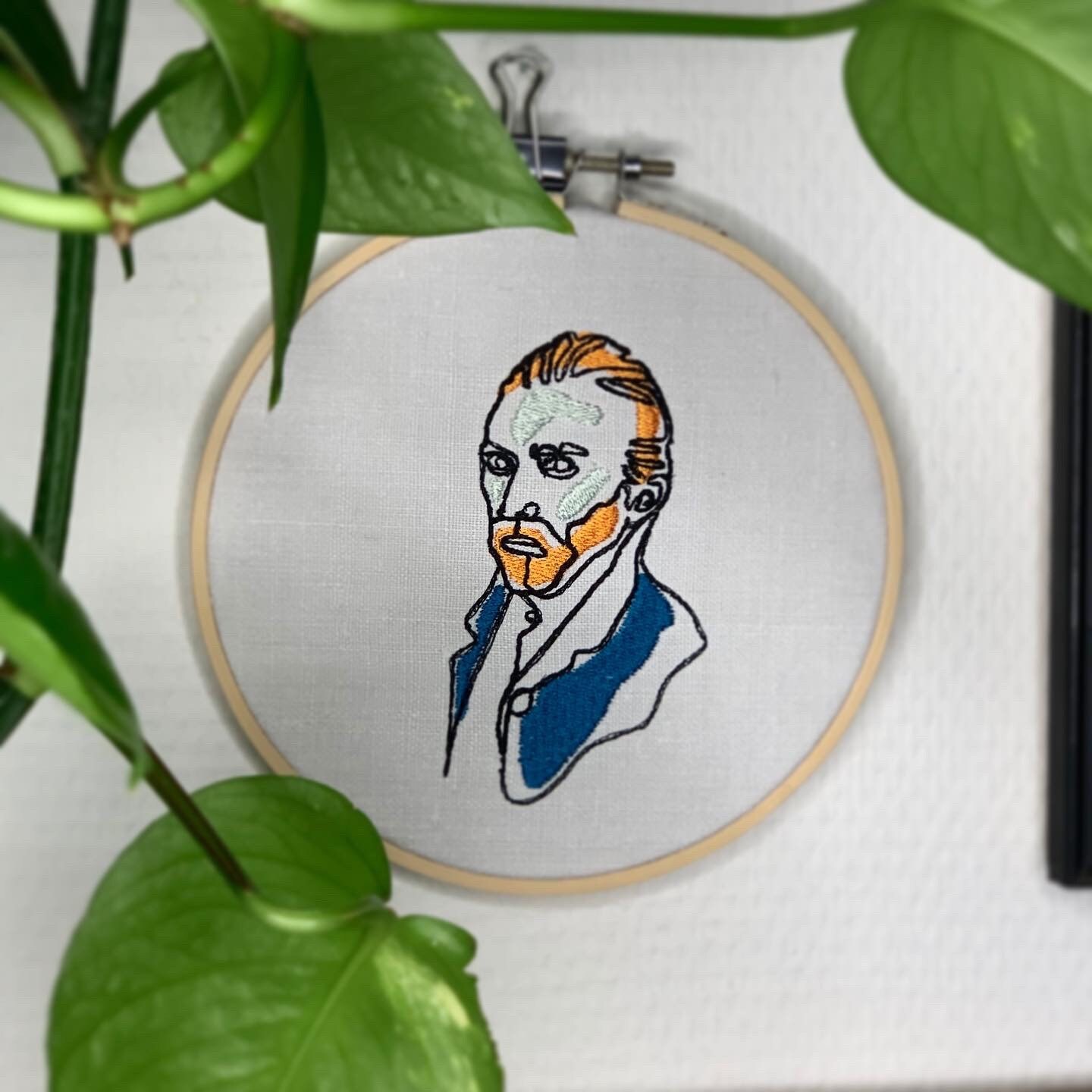 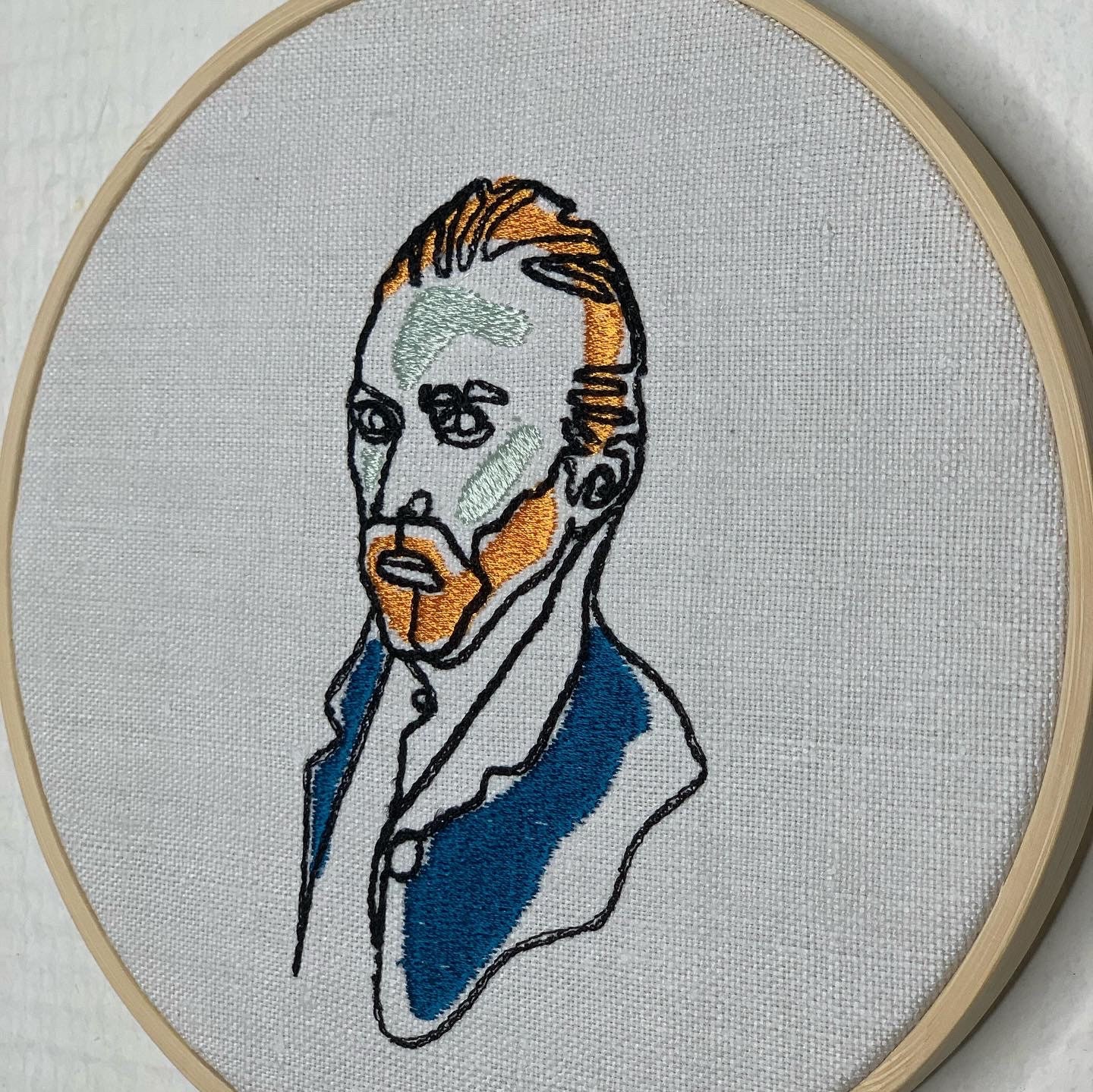 Decorative circle with colorful embroidery inspired by the self-portrait made by Van Gogh in 1889.

Little known in the 1890s, Van Gogh was only noticed by a small number of authors and painters in France, the Netherlands, Belgium and Denmark. However, in the 1930s, his works attracted 120,000 people to an exhibition at the Museum of Modern Art in New York. He is now considered one of the greatest artists of all time.

Piece made in Strasbourg, handicrafts made in France 🇫🇷.